Booking of tickets and tours

Sagrada Familia By Yourself: Ticket with Audio Guide

We have a highly qualified human team that is responsible for informing you at all times of the details you need to enjoy the tourist visit, we want to accompany you at all times so that your experience is absolutely unforgettable. We know La Sagrada Familia in depth and we design tours that bring the visitor closer to the essence of the monument, with Tours outside the established stereotypes and circuits

La Sagrada Familia – The most famous monument in Barcelona

Upon entering this wonderful venue, the first thing that will leave you speechless is the combination of light, relief, color and spirituality.

The architect Antonio Gaudí knew how to perfectly and harmoniously complement all the details, both the sculptures and the shape and height, adorning the cathedral with incredible precision.

From the moment you set foot inside the cathedral, the main thing that jumps out at you is the naturist style, a personal brand of Gaudí.

The central nave and the apse surprise all tourists with 36 perfectly placed columns in the shape of a tree, apart from other vegetative elements that combine in a unique way with the stained glass windows that flood the space with colors and nuances.

Visit the Expiatory Church of the Sagrada Familia

For the interior of the cathedral, Gaudí used the idea of ​​the architect who preceded him, leaving the Latin cross plan with 5 naves and the ogival elements.

These elements had a Gothic style, as a representation of the great cathedrals and churches of Europe, but they were transformed to give it a newer and more original style.

In the central nave a dome with a height of 170 meters was built, by the time of Antonio Gaudí’s death (1926) only the crypt, the apse wall and the Nativity door had been built.

In 1976, the painter Josep María Subirachs was in charge of restoring the lost splendor to the temple, decorating the Passion façade.

The tour inside the basilica leads to the crypt, the place where Gaudí is buried.

Continuing down, in a kind of basement, is the museum, a place where the first sketches and plans of what would be the Cathedral are exhibited, as well as a bust and personal belongings of Antonio Gaudí, as a tribute to this architect who marked an entire era.

It is the only one that the famous architect finished alive. In it he was inspired to collect all the aspects of nature, you will be able to observe rounded rocks, human figures and vegetative representations.

The most interesting of all is that he mixed biblical scenes with divination signs that only those who know the subject can decipher.

The door of the birth highlights the joy for the conception of Jesus, you can admire classic figures of the holy family such as the baby Jesus, Saint Joseph, the Virgin, the shepherds and the angels.

From this part you can go up to a viewpoint 60 meters high, with a simply spectacular view.

It occupies the third head of the enclosure, it is in the middle of the Nativity and Passion façades. In the center, the chapel of the Assumption will be built, which will be connected to the cloister and will surround the entire enclosure. The original inspiration for the construction of the apse was the Virgin Mary, of whom Gaudí was a faithful devotee.

It contains 7 apsidal chapels that are a representation of the 7 sorrows and joys of Saint Joseph. It is Gothic in style and its construction was carried out between 1891 and 1893.

Buy tickets for the Sagrada Familia

There are several types of visits, you can choose the one that best suits your budget. The tickets you can buy are:

Remember that the Temple of the Sagrada Familia is one of the most visited places in Barcelona.

Depending on the season, the visiting hours of the Sagrada Familia change. 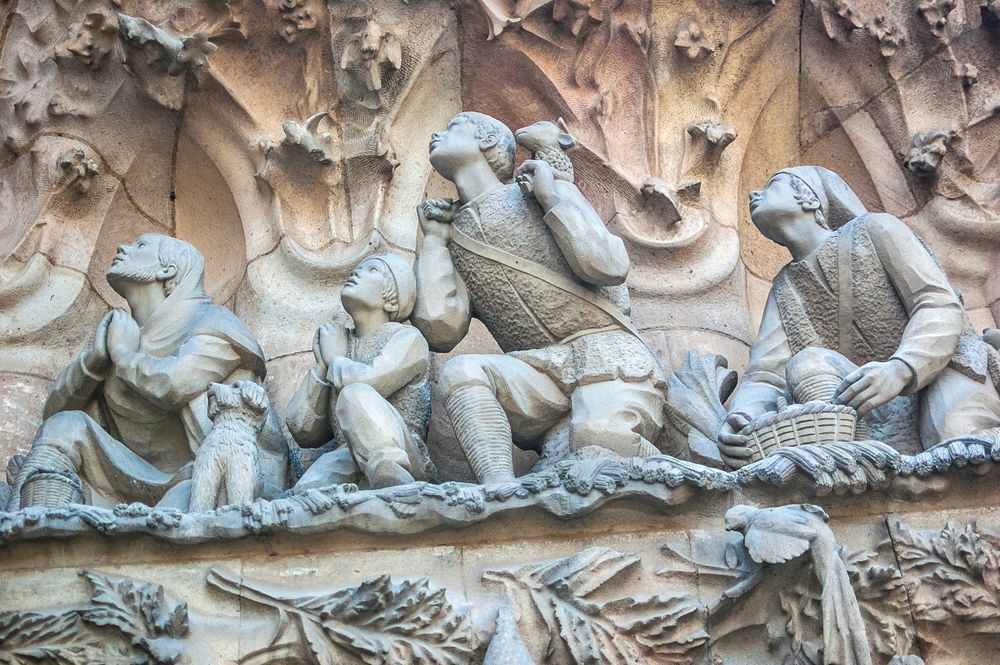 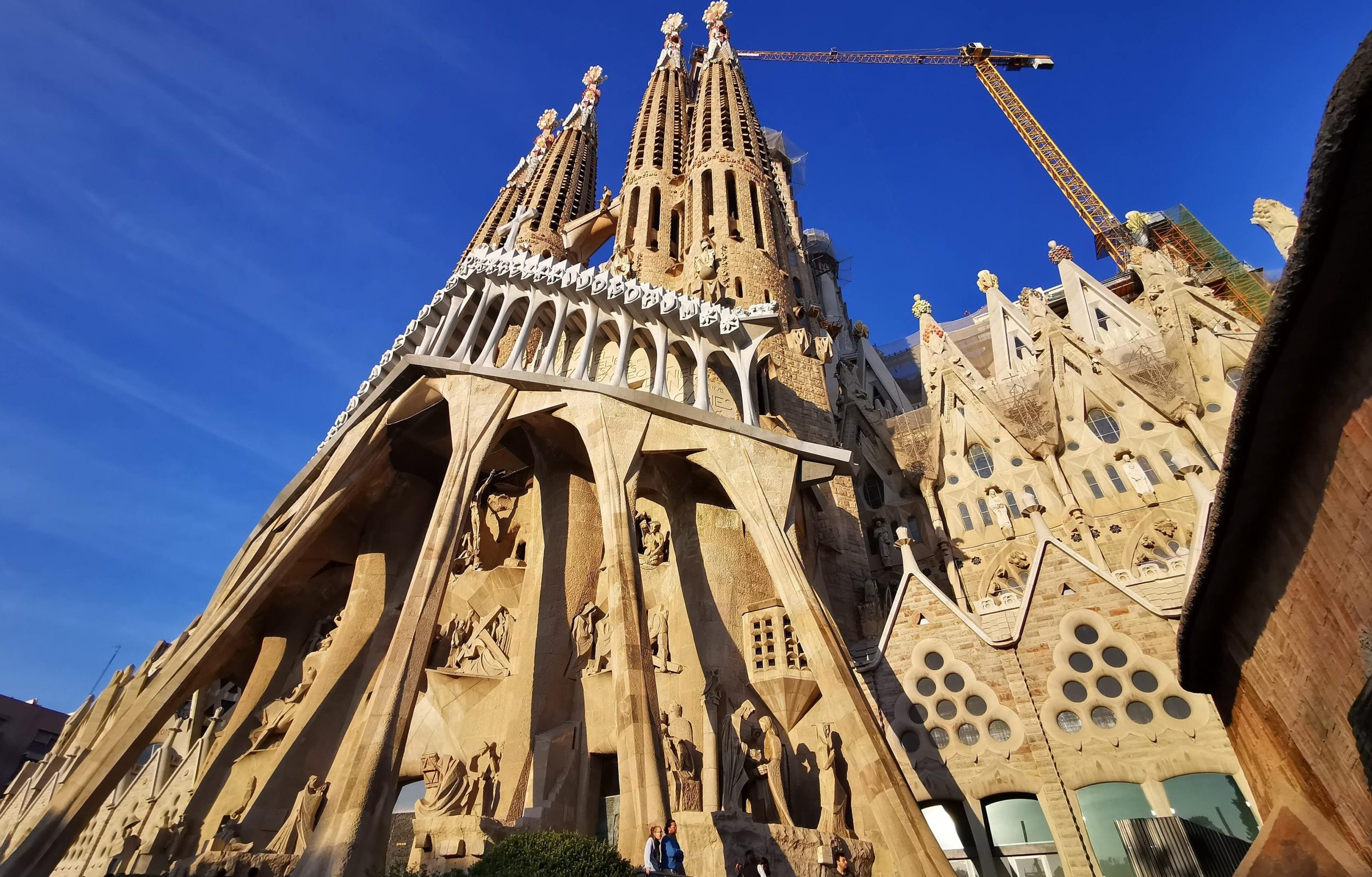 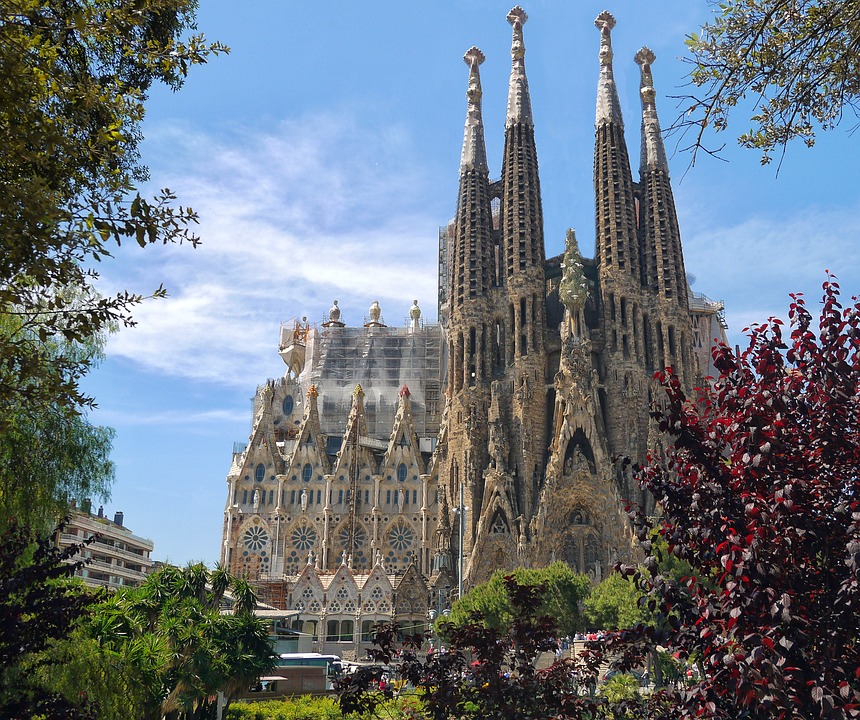 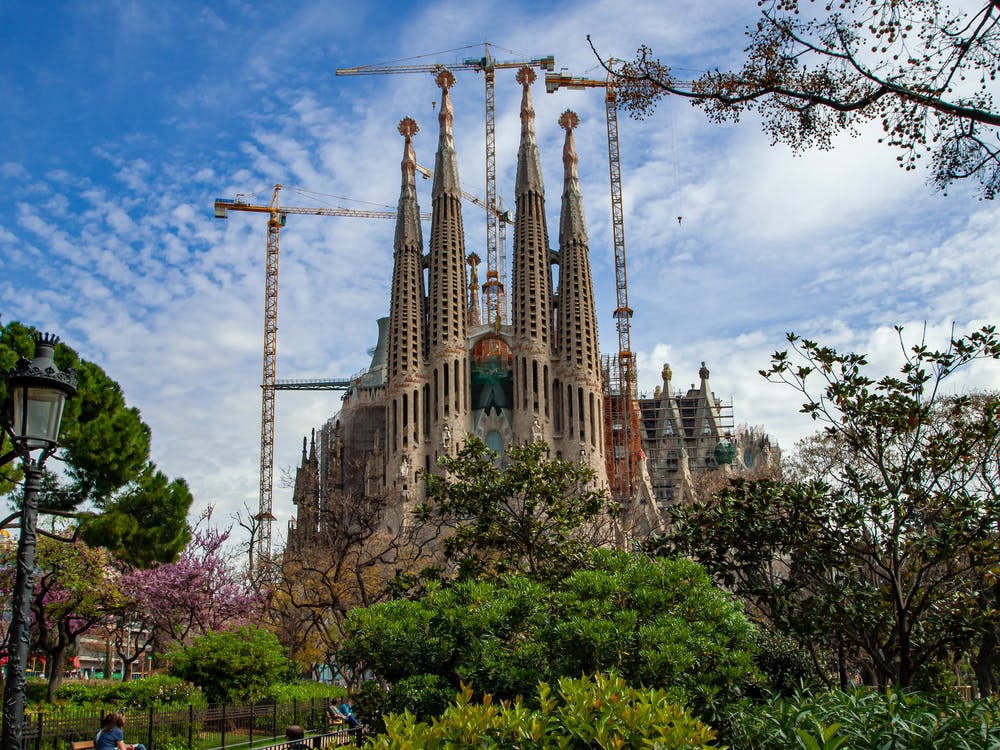 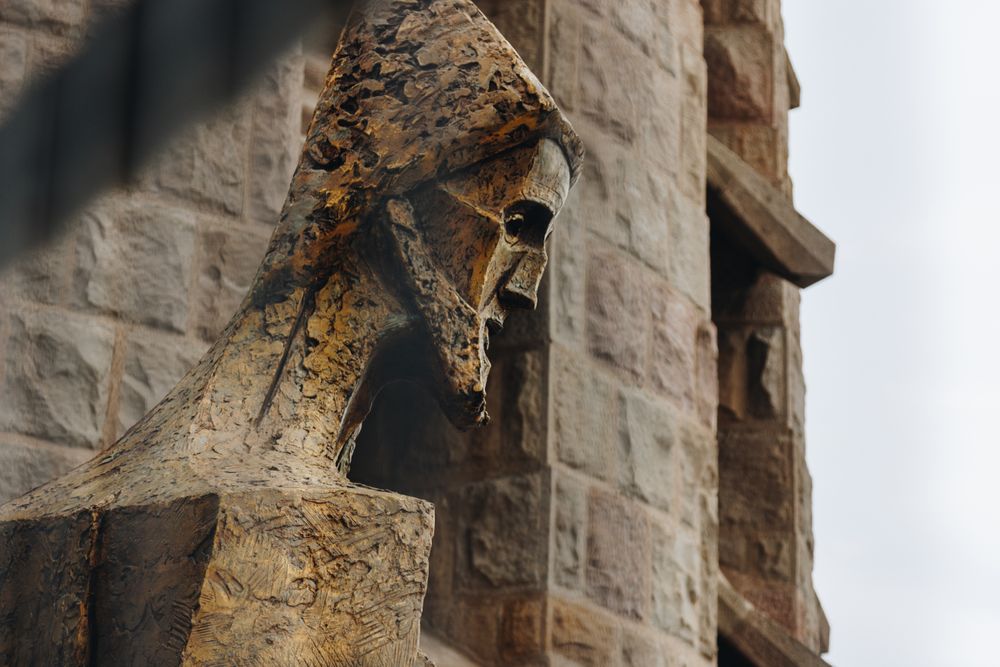 MNPQ Gestores Turísticos, S.L. has been a beneficiary of the European Regional Development Fund, which aims to improve the use and quality of information and communication technologies and access to them, and thanks to which it has developed the implementation of an ELECTRONIC COMMERCE SOLUTION to improve the competitiveness and productivity of the company. This action has taken place during 2019/20. For this it has been supported by the Tourism Competitiveness Programme of the Granada Chamber of Commerce

www.sagradafamilia-tickets.org is owned by MNPQ Gestores Turísticos SL, a wholesale-retail travel agency with C.I.AN-187008-3, and is not linked to the Sagrada Familia Foundation, nor does it have any connection with this entity. We are not the official sales agency of the Sagrada Família Foundation, we are a travel agency specialising in the sale of tickets, experiences and tours, as well as organisers and mediators of the latter. All of our prices are either packaged or broken down by services